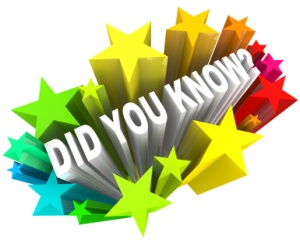 Has anyone found a tasty gluten-free cracker?

There are lots of gluten-free crackers out there, but making one that tastes good is not always the manufacturers’ priority.

One brand I bought,  being passed off as crackers, was actually thinly sliced, solidified, brown pulp resembling cardboard.  I kid you not!

At first I was resigned to the fact that I had wasted my money and I was about to throw them away, but then I got mad thinking that someone would really make such an inedible product.  So, in spite of ridiculously high gas prices, I drove all the way back across town to return them. (I probably spent more on gas than the price of those fake crackers, but it was the principle of the thing.)

I told the nice guy in customer service just how the “crackers” tasted and that I was not in the habit of returning food, but I couldn’t afford to throw those pricey things into the garbage.  He said to think nothing of it because they are used to getting returns when a customer is not satisfied.  I told him that the manufacturer should be ashamed of himself for being so deceitful.  He smiled in agreement–I think.

Well, enough venting.  The real reason for this post is to let you know that I thought I had finally struck gold when I found the best cracker ever, a delicious, crispy, teriyaki delight.  But it didn’t take long before the arthritis-like symptoms returned.  I then went online and discovered that teriyaki is made from SOY SAUCE–a gluten no-no.

Now for the SEEDS part of this post:  As I mentioned in the story “Goodbye Arthur” I can’t eat seeds because they cause the same reaction as gluten, with joint aches and pains.  Well, how glad I was to find gluten-free hummus right here in town.  But once again, it wasn’t long before I discovered that the reason for the symptoms this time was not gluten, but an ingredient in hummus called, tahini–a paste made of ground SESAME SEEDS!  I recently learned that many people are allergic to sesame seeds and some people will even have an anaphylactic reaction requiring hospitalization.

I’m anxious to hear about your gluten or allergy experiences.

Read “Tips-Gluten No-No’s” for explanation of gluten and more information.

The Yellow Rose...Sunlight itself! Warmth, joy, happiness, life, friendship. May it brighten your day and bring a smile to your heart.